Statistics Solutions consists of a team of professional methodologists and statisticians that can assist the student or professional researcher in administering the survey instrument, collecting the data, conducting the analyses and explaining the results. Often, I have helped others see that they are making a mistake. I have provided many people with direction and motivation. Basically, I have been hard-driving and assertive. I’ve tried to motivate people by pointing out the consequences of not following my advice. 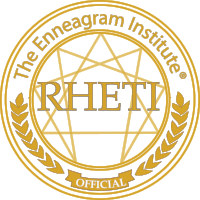 I’ve been careful, and have tried to prepare for unforeseen problems. Generally, I’ve had serious doubts and have questioned how things seemed to be.

Generally, I’ve had strong convictions and a sense of how things should be. I’ve wanted to stand out from others—I get uncomfortable when I don’t distinguish myself. I have tended to focus too much on others. I have mostly done what I wanted to do.

I have tended to withhold my affection and have wanted others to come into my world. Typically, I have not had much self-discipline. I have often tried to figure out rhfti others want from me. In order to submit the test, all questions must be answered. I’ve worried that I don’t have the resources to fulfill the responsibilities I’ve taken on. Serious adversity has made me feel discouraged and resigned.

I have generally been an outgoing, sociable person. Pursuing my personal interests has been more important to me than having comfort and security. It is available online at www. I have provided many people with attention and nurturance.

I have liked to challenge people and “shake them up. I have been open-minded and willing to try new approaches. When I have disliked people, I have usually tried hard to stay cordial—despite my feelings. Basically, I have been easy-going and agreeable. I have often emphasized how teest I have in common with most people, especially my family.

I have often been troubled by nervousness, insecurity, and doubt. I have ennesgram many people with direction and motivation. I have tried hard not to be seen as a selfish person.

I’ve tended to see people as disorganized and irresponsible. Contact them to receive your results.

I have tended to act on my feelings and let the “chips fall where they may. I’ve been overly concerned with making things okay for others. I have been more goal-oriented than relationship-oriented.

I’ve had an agile mind and boundless energy. Often, I have not spoken up when I’ve seen others making a mistake. I have sometimes put people off by being too “uptight. I have tried to keep my life fast-paced, intense, and exciting. I have often “tested” loved ones to see if they were really there for me.

I have cared little about making a favorable impression on others.